Prior to the race weekend, Tickford Racing pulled the cover off to reveal the new livery on Chaz Mostert's Ford Mustang. With added black and a meaner look, Chaz was happy with the change and was looking forward to getting back in the car to hopefully continue his great start to the season.

This wasn’t the only change to the Tickford Mustang, after the last round at the Melbourne Grand Prix the Supercars technical team decided to look at balance of performance on the runaway, Mustangs verses their rival Holden and Nissan squads. A decision was made to change the Centre of Gravity on the Mustangs to slow their race pace and the changes would take effect immediately. 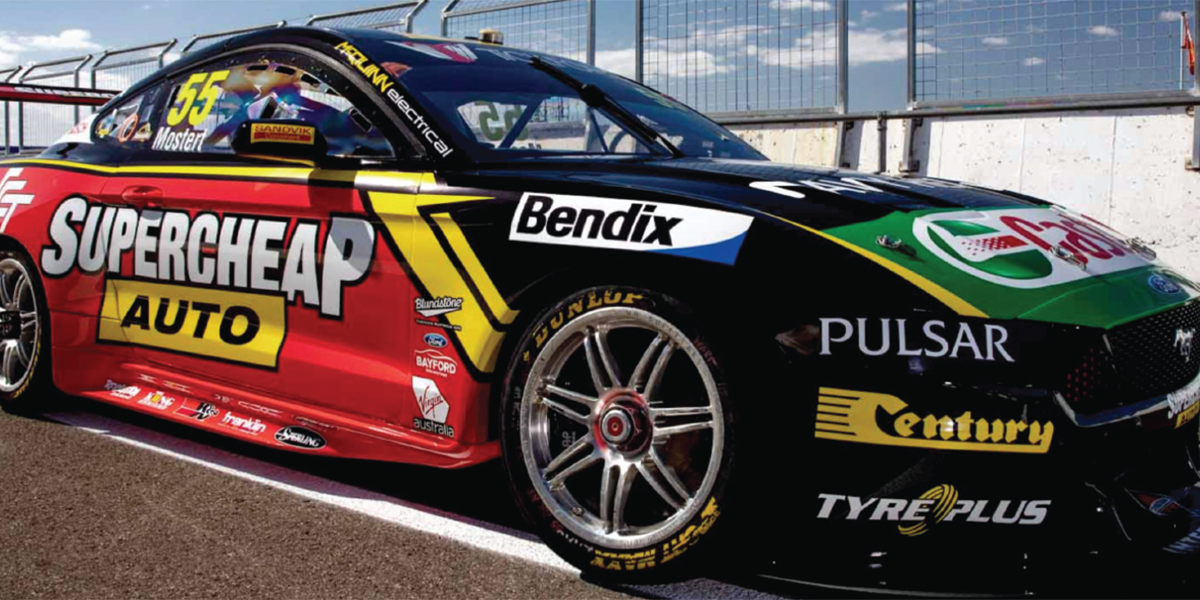 The Tasmania SuperSprint is the third round of the Supercars championship and sees the Teams take the boat across to the Symonds Plains Raceway just south of Launceston. It’s a tight and technical circuit with a very fast back straight and some good spots for overtaking. The weekend race format is made up of one race on the Saturday and Sunday both with practice and a knockout qualifying session to determine the starting order.

Friday’s practice was a fairly incident free day for Tickford Racing, Chaz led the team in the No. 55 Supercheap Auto Ford Mustang. The first practice session of the day saw a number of additional drivers take the driver’s seat. James Moffat who will be Chaz’s co driver for 2019 was 6th fastest in the No. 55 with a time of 55.37s. In the following session Mostert found good speed and was fastest outright with a time of 50.78s. Although going faster into the final practice he could only manage 6th fastest with a time of 50.69s, yet Chaz was happy with the result and looked forward to Saturday's qualifying and race. 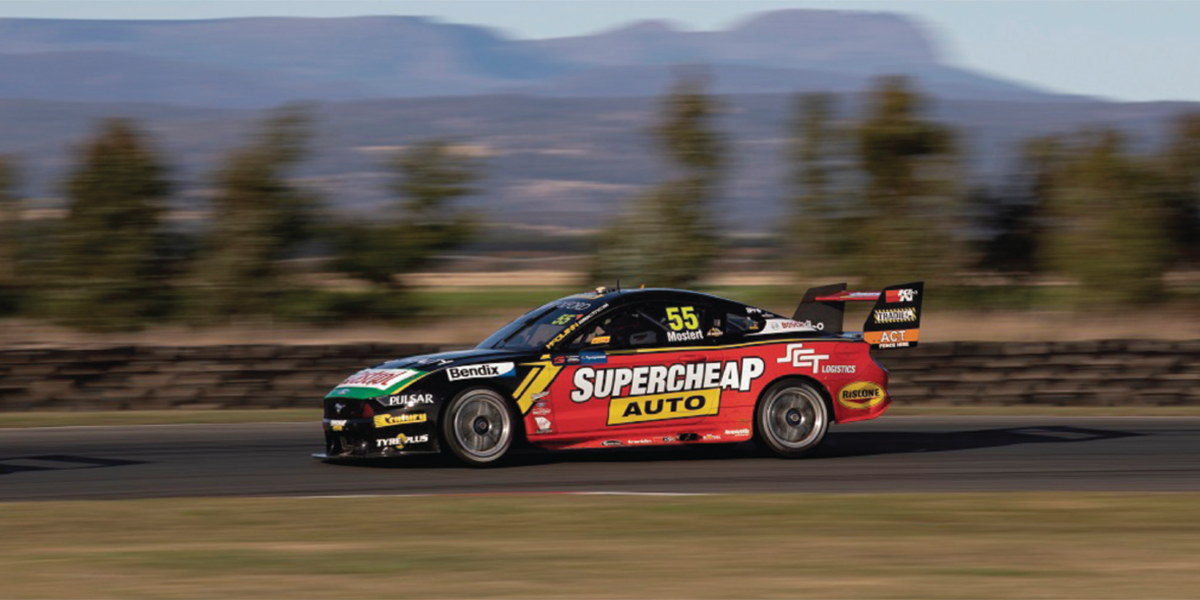 “It wasn’t a bad day, great to get Moff in the car for a steer and the Supercheap Auto Mustang was pretty good overall. We’ve got a little bit more to find still but we’re pretty competitive and have a decent feel for what we need to make those gains. The field’s so tight here that every hundredth matters, every corner, gear change makes a difference, so we’ll see what we can do overnight and bring out to play tomorrow.”

Saturday didn't get off to an ideal start for Chaz in the No. 55 Ford Mustang with a 51.45s practice session which saw him 22nd. He dug deep in qualifying and managed a 51.04s which saw him mid pack sitting 11th on the grid. The race was fairly uneventfully apart from Jamie Whincup’s late dive down the inside of Chaz at turn 6 which saw contact between the two cars resulting in broken steering for the Redbull driver. Chaz eventually came home in 10th place meaning that he climbed to 2nd in the championship points, Chaz had mixed feelings about the day and hoped that Sunday would bring a better result

“It was a tough day, coming home 10th, we need to work on our car balance a fair bit for tomorrow. There are some bright spots and some things we’re happy with, but the areas we need to work on are hurting us at the moment. Still it was a decent result, so we’ll try and put it together tomorrow.”

On the Sunday morning with a 50.88s lap time saw the No. 55 Ford Mustang cross the line 4th fastest outright. Yet in knockout qualifying Chaz could only manage a 51.85s lap in Q3 which put him in 10th place on the grid after a scary moment when Chaz was forced into the gravel trap at turn one after Red Bull Driver Shane Van Gisbergen moved into his path on his flying lap. Race 8 of the championship proved a fairly quiet race for Chaz who crossed the finish line where he started in 10th position and now sits in 4th place in the Championship. Only a week out from Philip Island, Chaz hopes the Tickford Racing team can find some extra straight-line speed in the Mustang.

“Tassie strikes Tickford Racing again. We just really struggled this weekend, it’s obviously super, super tight out there and if you just miss the mark with a couple of things, like we said coming into this it can really put you backwards. We probably have a bit of work to do. It obviously shows our car still has a weakness here, we’ve got to pull our finger out, make some new bits, and make this thing faster in a straight line.” Said Chaz.

Team Principal Tim Edwards says it was a tough weekend and that the team has a big week ahead, yet was happy with the effort the drivers and team put in.

With a very tight turnaround of just a few days the team need to pack up from Tasmania and head to Phillip Island just off the coast of Victoria for the fourth round of the championship which will be the WD40 Phillip Island SuperSprint.