The latest round of the Supercars championship was held at Australia’s newest track The Bend Motorsport Park. This circuit offers high speed thrills with teams prioritising downforce over brake cooling. The Bend Supersprint sees Supercar teams battling out with aero settings and top speed being the name of the game. Chaz Mostert was quietly confident he would do well at the Bend, and he did, setting the 2nd fastest lap time of 1m48.61s during practice on Friday.

Still, Mostert was reserved. “The car was pretty challenging today. I didn’t really think we’d end up where we did at the end of the day, but it’s quite promising to be up there, so now we’ve just got to find a little bit more speed out of the Supercheap Auto Mustang. We’ll get on the case, and see how we go tomorrow.” 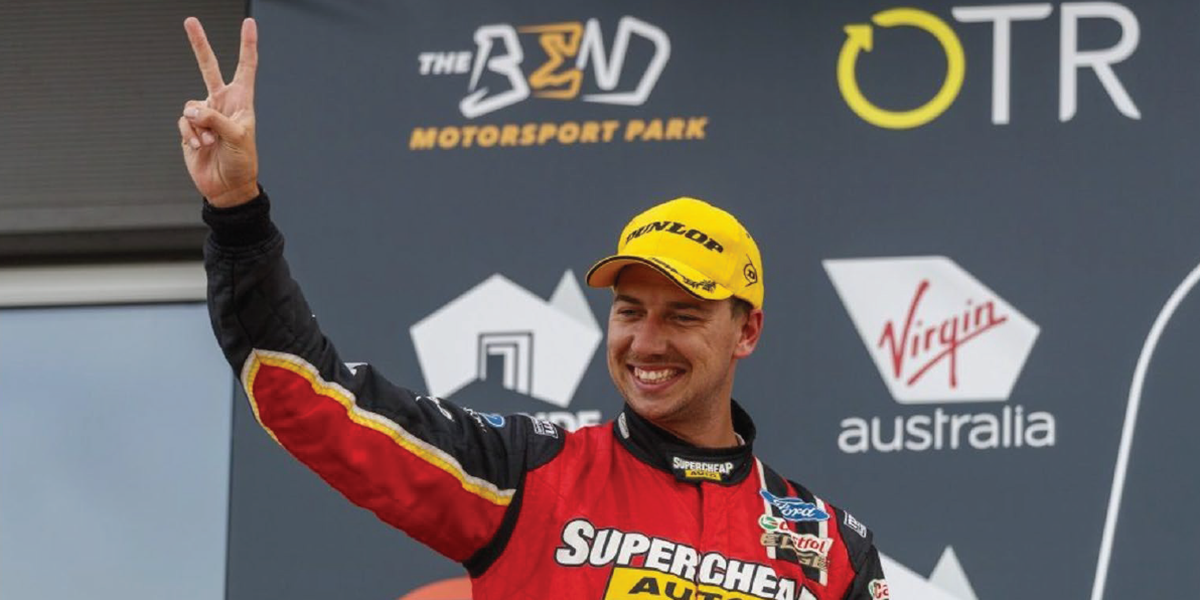 And true to his comment, Mostert nailed pole position in Qualifying for Race 21, setting a blistering time of 1m47.52s. It was a tough battle with the Supercars points leader Scott McLaughlin, who seized the lead through an incredibly quick start and pipped Mostert to braking zone for Turn 1. From there it was the Mostert and McLaughlin show as they sped away from the pack, with Anton De Pasquale and the rest of the pack nearly 20 seconds behind by the time 24 laps were done and dusted.

In the end Mostert took a podium placing 2nd behind McLaughlin as they sped past the chequered flag. “He kind of out grunted me across there,” said the Tickford driver of the start. The drop off in speed towards the end of the race was due to Mostert’s conservation of fuel. “Look, I think there was plenty but I just being cautious, you never want to come across last couple of corners and have a big cough.”

“For me, that race was good to be able to actually see Scott (McLaughlin) and finish at the chequered line and still see him in my vision. Good day for us, it’s always one of those things when you start on pole, you never really want to go positions back, but it’s just good to have car speed and be able to go with him. So, I’m looking forward to tomorrow, and see if we can tune it up a bit more tonight.”

For Race 22, Mostert couldn’t keep the pace he found in Practice 4, placing 3rd in qualifying with a time of 1:47:8427. If Race 21 was an outrun affair, Race 22 turned into a chess game, with pit strategy determining finishing places over the long 41 laps at the Bend.

The battle between the top four cars began right from the start, with Jamie Whincup sliding past Laughlin and Mostert to pip in second place right behind Will Davision. Davison led for 20 laps before his airbox caught fire during his second compulsory pit stop, handing the lead back to McLaughlin. Mostert passed Whincup at Turn 1 during lap 15, before setting a quick pace for his pit stop 6 laps later. He slotted in behind Davison and was effectively third for the rest of the race, scoring yet another podium for the Supercheap Auto Racing team in the Tickford Mustang.

With a pair of podiums to show, Chaz Mostert leaps forward to 2nd place in the Champion ship points, with only 13 points between him and Fabian Coulthard for 3rd. Scott McLaughlin still has a commanding lead with 2738 points compared to Mostert’s 2165.

The next round is the ITM Auckland Supersprint at Pukekohe Park Raceway, where Mostert is excited at the car’s latest improvements and setup. “It’s a good weekend for us, great yesterday to get apole position, it had been a while since one of them, but overall a successful weekend. It’s always great to talk to (media) at the end of the day, so it means we’re doing something right. It’s one of those things, you want to keep pushing forward. Thisweekend, I don’t know if we can read into it too much, it’s a bit of a unique track set up wise and stuff like that, so I’m excited to go to Pukie next and see what the car has got there for them.” 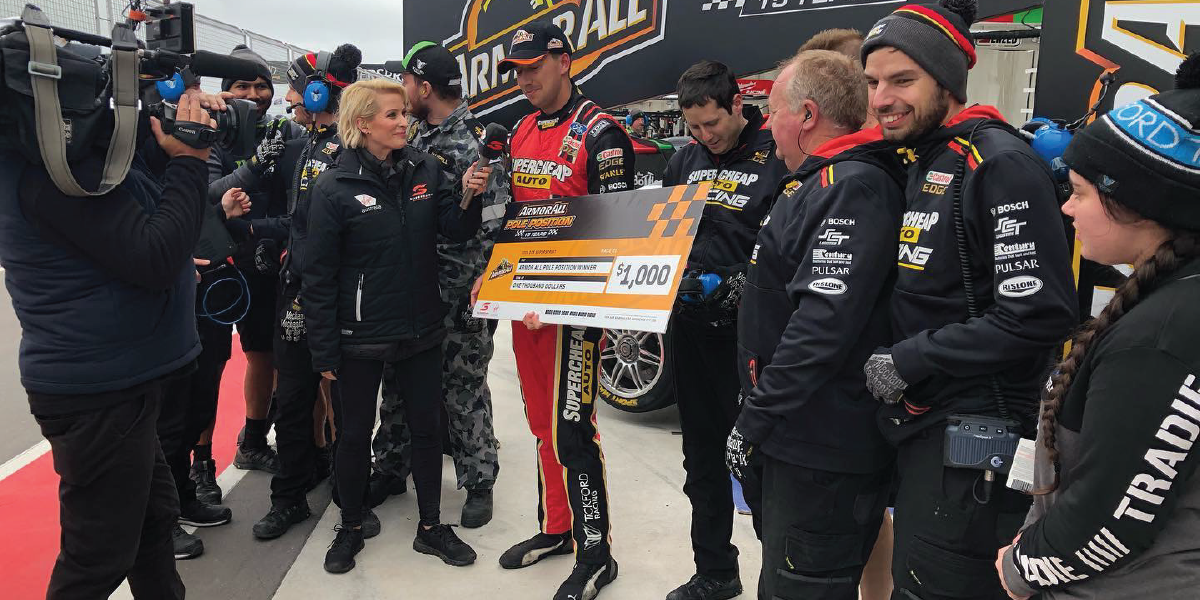