Chaz Mostert makes his mark at the Melbourne 400

Tickford Racing headed into the Melbourne 400 of the Supercars Championship fully intent on showing what they’re made of and with a mix of short and long race formats, the team as a whole was strong and consistent across the weekend. Stand-out performances in practice and qualifying came from Cameron Waters and Chaz Mostert on Saturday which got the team off to a great start. All four Tickford Mustang drivers were quick with Mostert setting the early pace with the fastest time in Practice 1. Team Principal Tim Edwards was happy with the results and believed the development with the news cars was working well. “With such little track time it’s extremely important to roll out strong here, so its good to have some pace out of the box. We do have some work to do and the drivers aren’t as happy as they’d like to be, but its good to know we can still improve the cars while being as competitive as we are. We’ll keep working to make the cars better and hopefully take another step forward tomorrow.”

As Saturday’s Race 3 kicked off, it was Chaz Mostert had his work cut out for him starting from 22nd on the grid. He didn’t hold back and bought the Bendix supported Supercheap Auto Mustang home in 5th position and in typical Mostert style, broke the Albert Park Supercars lap record on Lap 14 with a time of 1m55.73s. This comes after he’d only just reset the Adelaide track record just two weeks ago.
With two races on Saturday Chaz Mostert was keen to take to the grid starting race four on the front row next to Scott McLaughlin. Both Mustangs bogged down with Chaz dropping down the order by the first corner. Digging deep Chaz muscled his way back up passing his rivals to finish here he started in P2 for Race 4 of the championship.

Race 5 was something special for Chaz and the Tickford Racing team, with dramas on the warm up lap seeing two of his rival Mustangs collide and not make the start, Chaz knew he was in with a sniff of a win. “Unbelievable. I think starting from seventh, we had some pretty tough competition out there, but starting two cars forward helped a lot. To be honest I can’t really put the words together. It’s awesome for the team. To only get one win last year, it’s fantastic to get them another one so early this year. These guys have worked pretty hard in the offseason, Adam (De Borre) has done an amazing job to make a race car.” 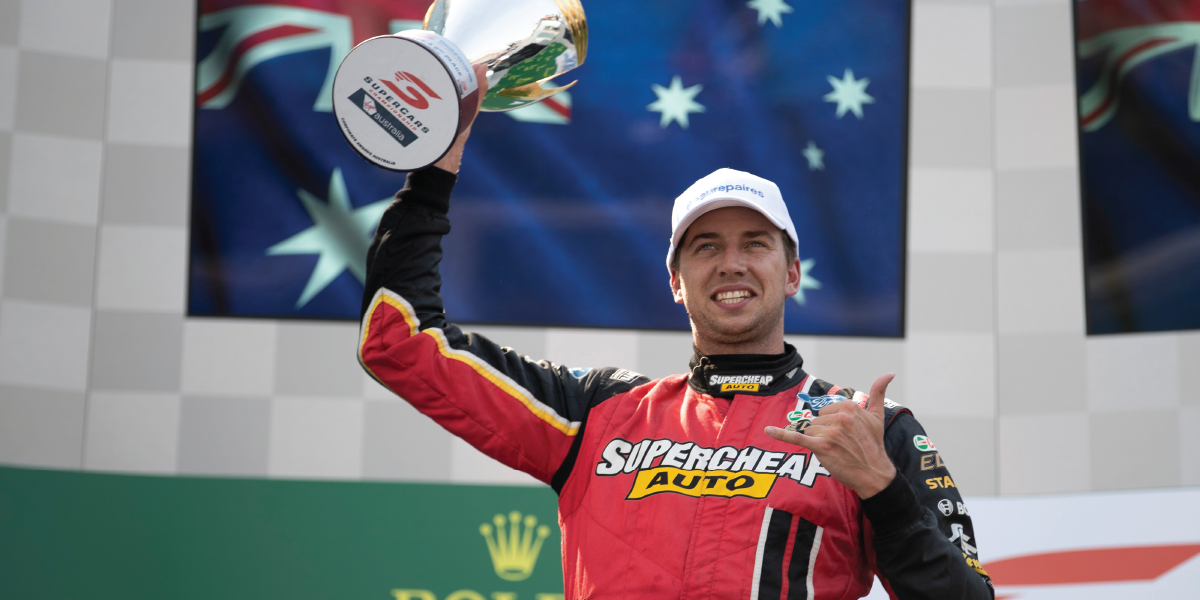 With Saturdays Race 6, Chaz was on the front row in P1 up against rival Scott McLaughlin. McLaughlin got the better of Mostert off the start, with the Supercheap Auto Mustang having to slot into third behind Whincup. It took until lap three for Mostert to get past Whincup's Commodore, at Turn 3, by which time McLaughlin was two seconds clear at the front and would stay there to take the win. Having finished second in Race 6, Chaz was awarded the Larry Perkins Trophy, reserved for the driver who scored the most points over the four-race Supercars weekend.

Chaz gave us his thoughts on the weekend, “Overall, just to recap the weekend, it’s been a fantastic weekend for the Supercheap Auto Mustang, to get the Larry Perkins award and get my name next to this legend here (Jamie Whincup, 2018 Larry Perkins Trophy winner) is pretty cool. After coming here last year, I didn’t think there’d be a chance this year, but we obviously showed we’ve done a lot of work at Tickford and made the cars pretty quick. I’m looking forward to the next one in Tassie, after Adelaide I felt we had potential to get a trophy there but just didn’t capitalise on it, so it’s fantastic to do that this weekend.”

Leaving Melbourne Chaz is the leading Tickford Mustang placed 3rd in the Championship just 63 points adrift of Scott McLaughlin. The Supercars take to the track again for next round at the Tyrepower Tasmania Supersprint from the 5th to the 7th of April. 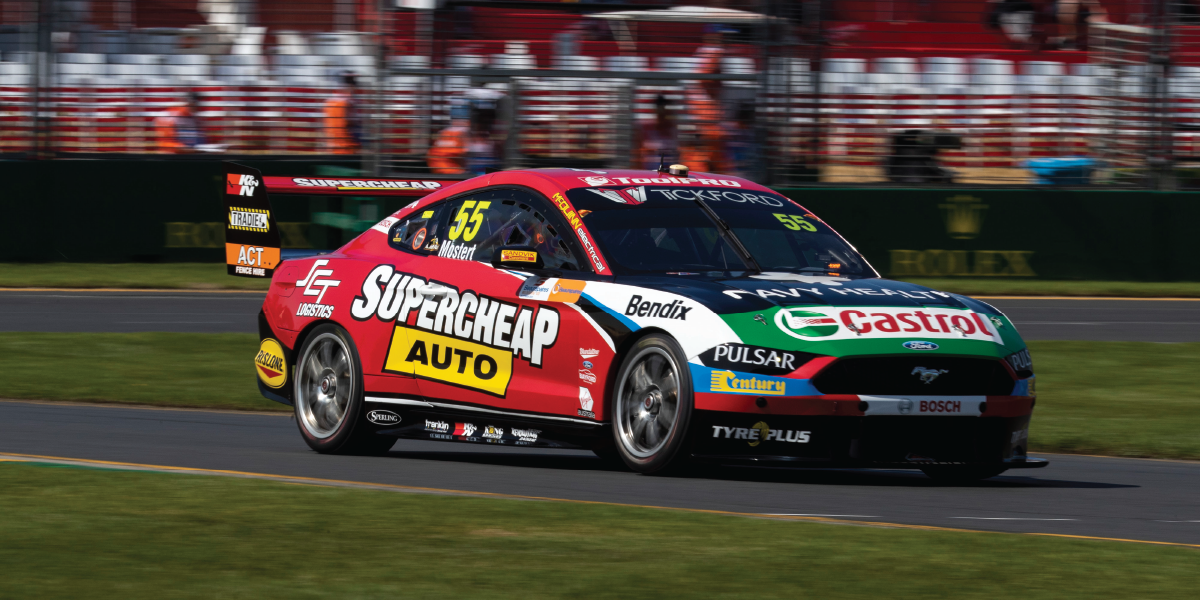 For more information on Bendix visit: