With the dust still settling from the Tasmania round a week later we find the Tickford Team at Phillip Island for the WD-40 SuperSprint which makes up the fourth round of the Supercars Championship. Races 9 and 10 will follow the same format as last week with a Friday Practice leading into a knock out qualifying for both Saturday and Sundays races.

It was decent start to the weekend for Chaz in the No.55 Mustang with a P7 in Practice 1 posting a time of 1m31.81s and P9 for Practice 2. The result means the Supercheap Auto Racing Mustang would receive a bye from the first round of knockout qualifying on the Saturday taking some of the pressure off the team. Chaz wasn’t feeling comfortable despite a decent result and had some thoughts about the car “A bit of a messy day for us, but look we’re happy to get in the ten for Practice 2, that helps for tyres this weekend. I kind of need to understand the car a little bit more“.

A good start to Saturday for the No.55 saw Chaz post the 6th fast time in morning warm up with 01:30.56s lap and he then went on to improve that form in qualifying posting a time of 01:30.10s and securing 3rd place on the grid. Pretty good start to the weekend but no one could touch the DJR Penske Mustangs who were almost a second faster.

When the lights turned green unfortunately the No.55 Mustang went backwards two spots to fifth place after getting overtaken by the fast starting pair of Nissan Altima’s of Rick Kelly and Andre Heimgartner. The round of pitstops saw Rick Kelly drop down the order but the Commodore of David Reynolds had jumped Chaz who would eventually go on to finish the race in 5th place which scored him a good haul of points. “We’re missing a lot from the car, to be honest. Coming out of qualifying I was reasonably half happy with the balance, so I was very excited going into the race, but we completely lost it somehow. We had mad understeer throughout the race, and that was really the story of our day. It’s frustrating but we still got a top five which is reasonable, and we’ll see if we can get it right tomorrow.”

The Sunday qualifying again saw Chaz the best of the Tickford Mustangs scorching around the Phillip Island circuit with a 01:30.28s lap placing him P3 for the 45 lap sprint race. Chaz again struggled with his start being jumped by Anton DePasqale and his two Tickford team mates heading into turn 2. 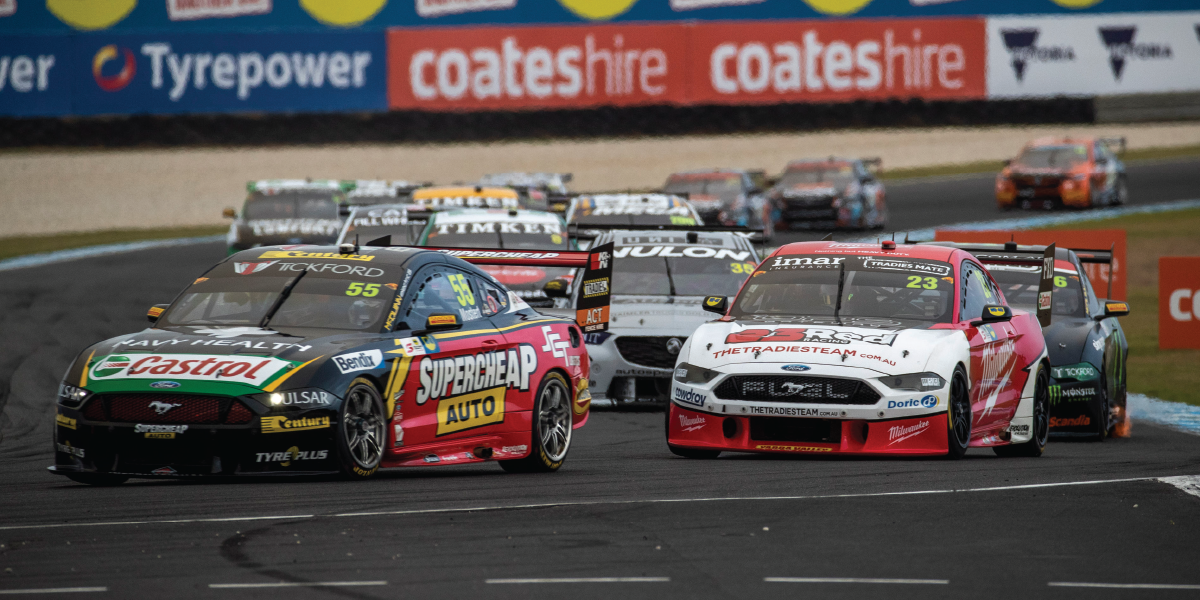 From there Chaz had to play the long game and wait for a round of pit stops to get by Cam Waters. But he was not able to make up any more ground and finished the race in 5th place. Post race Chaz was looking at the big picture; “Two top fives for the weekend is fantastic, it’s good for points, but I think we’re still behind the 8-ball. There’s a lot of work to be done to get where we need to be, we’re leaving a lot of lap time on the board at the moment. But it’s nice to get a couple good finishes and sort of reward the boys for all their hard work the last two weeks.”

Team principal Tim Edwards reflected on the weekend “It’s great to have the team make some improvement today. We got just about everything we could out of everyone, drivers, crew, engineers, and to do that at the end of two long weeks is great, so we’re really proud of the team. Obviously there’s still some work to be done and gains to be made to get to the front, but all in all we’re pretty happy with today’s result, and we’ll move on to the next one.”

With a two week break between rounds the teams must make the long journey across to Barbagallo Raceway for the Pirtex Perth Super Night which will see the teams race into the evening under lights.

Our man Chaz and the No.55 Supercheap Auto Racing Mustang supported by Bendix will be looking to improve on his third place in the championship so stay tuned! 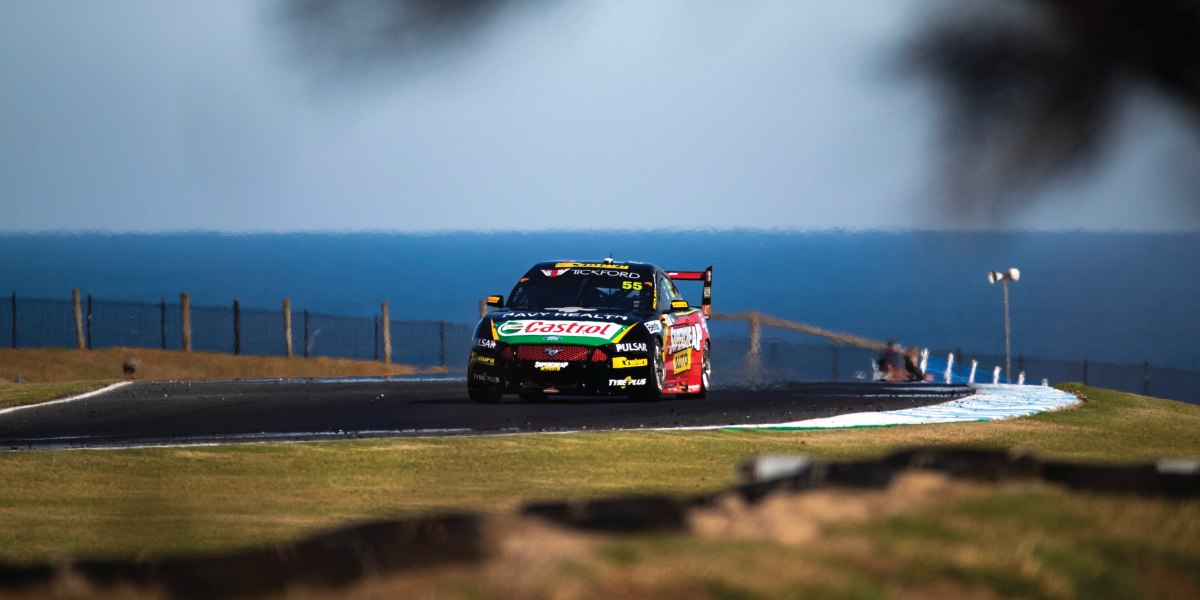