The Bendix Disc Pads for the rear disc brake Holden Crewman, DB1332 were developed in the OE style with “wrap-around” shims that extended from the back of the backing plate and were bent around the two ends of the pad.

While this was very good for positive location of the shim, in severe service the metal of the shim could fatigue and break off where it was bent around the end of the pad.

This allowed too much clearance in the caliper and was responsible for a knocking noise when changing between reversing and forward motion.

The new pad DB2489 uses a full-length backing plate and a different shim to avoid these problems. The new positions of the locating tabs hold the shim in the correct position while protecting the tabs from damage. 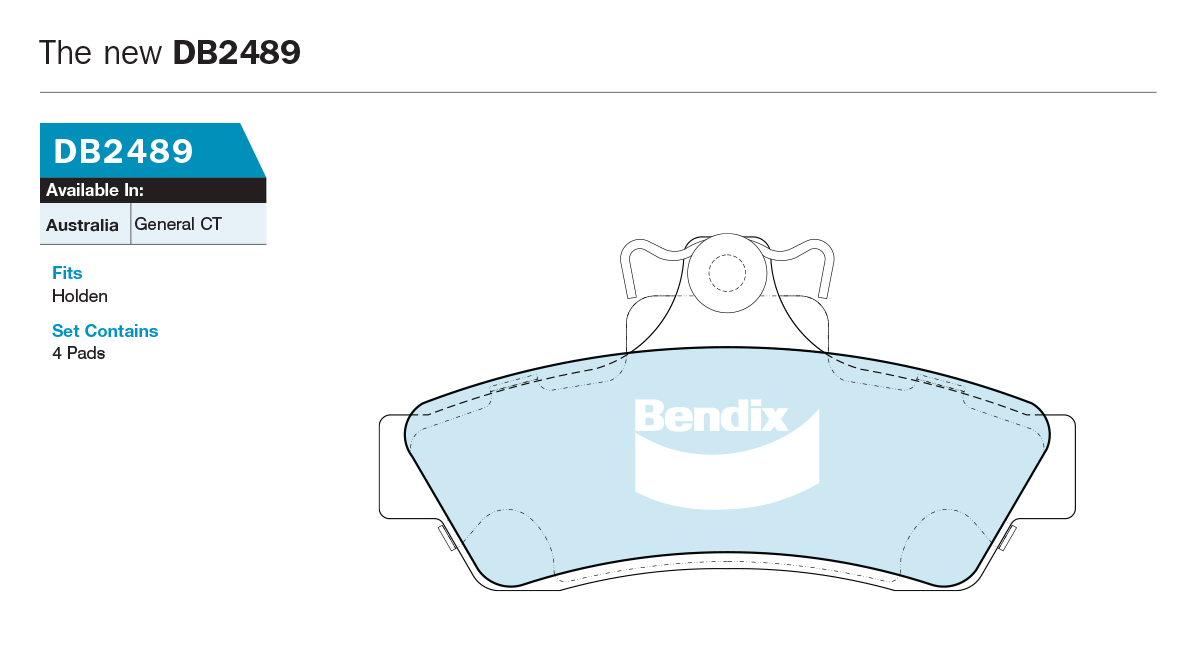