Mostert on a high in Queensland

Affectionately known as The Paperclip, Queensland Raceway was opened in 1999 and has hosted a large number of Supercars and Superbike races since then. The fast and challenging 3.12km long Ipswich based circuit comprises of 6 corners and was the last track Dick Johnson drove competitively at. Having previously had great success at the circuit, Chaz Mostert was looking forward to the round.

“QR’s a special place for me. Obviously I got my first win there back in the day, and we’ve had a fair bit of success over the years, hopefully we can add to it this weekend. Townsville was overall pretty positive but I feel like we let a win slip out of our hands there, so we’re pretty hungry to go out and get the most out of it this weekend.” 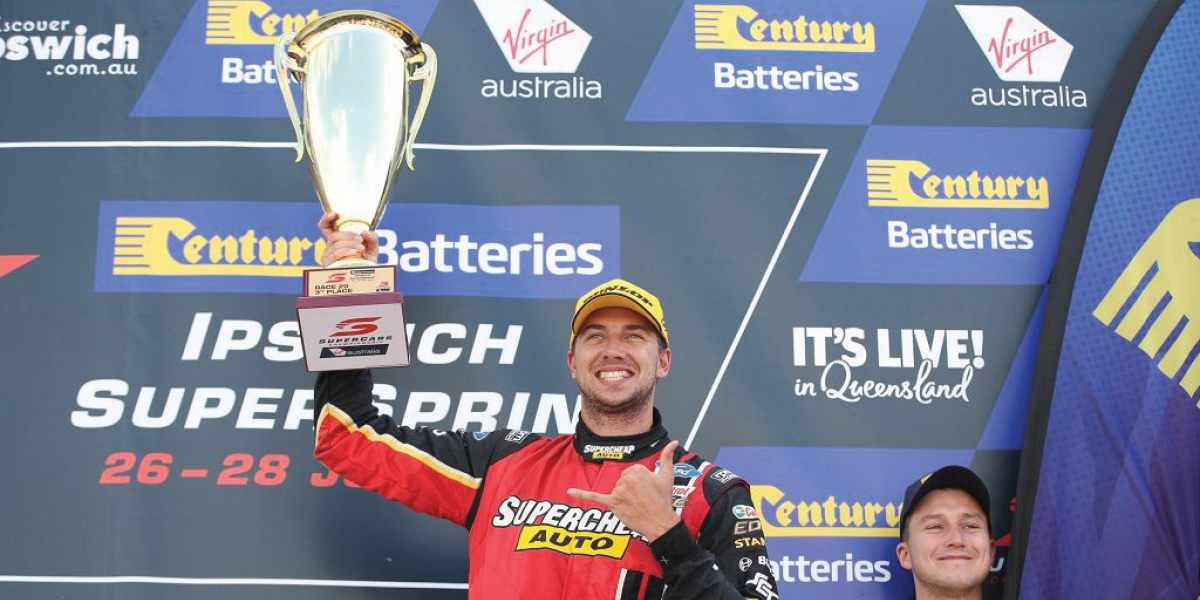 Friday’s practice sessions were a great start to the round with Mostert posting the 5th and 3rd fastest laps. Chaz felt there was more in it and was keen to try harder in the No. 55 Supercheap Auto Mustang the following day although both he and teammate Will Davison both bettered the 2018 lap record set by James Courtney.

“It’s been a pretty tough day for us in 55. I probably expected to roll out a little bit stronger or get the car feel under me a little bit stronger, but we chucked the toolbox at it over the last two sessions so we’re going to have to go in the truck again, see if there’s another toolbox in there, and then probably chuck the toolbox at it again. Look, it could just be the track, you know. It degrades every year we come, but for me, the grip level out there, I’m just not feeling it through my car. Obviously we’re trying some different things, we’re trying to bridge the gap to these guys (Davison and Scott McLaughlin) too, and for me I just need to chase it a little bit more.”

Team Principal Tim Edwards added to this by suggesting that the track condition could be a cause of the lack in grip. “It was a pretty positive day for the team overall. Everyone is in or close to in the window of where they need to be, and while we’ve got a bit of work to do, we’re pretty happy with the speed of our cars. The guys are saying the track is a bit more abrasive so we have to work with that, but we’ll keep our heads down and try to get ahead of the game for tomorrow.”

Saturday’s Practice 3 was a great start to the weekend with Chaz again going under the 2018 lap record, setting the 4th fastest time in the session. The track conditions improved during the following qualifying session. With times drop-ping all round, Chaz managed a best time of 1m08.97s putting him in 6th place on the grid for the race.

Chaz grabbed the bull by the horns off the start line rounding up Shane in the 97 Holden Commodore and then passing Tickford teammate Holdsworth around the outside of the final corner seeing him in P4 by the end of lap 1. Fighting hard the rest of the race Mostert scored his 8th podium finish for 2019 taking out third place in the No. 55 Supercheap Auto Ford Mustang behind his very excited teammate Will Davison.

“First of all, these two guys next to me (Jamie Whincup and Will Davison) to-day were super impressive. Will (has been) chasing a podium all year, so its good to see him finally get up there, and also great to stand up there with a teammate. My race, look, I was nervous as on the start line. I was really not happy with my car in qualifying, knowing that the rules, you’ve got to carry your qualifying car over. So I’m super shocked to get a podium today with how the car was feeling earlier today. Saying that, I just trucked on, had a pretty lucky first lap as these guys were all battling in front, I kind of did a bit of a Townsville move again and just got myself into a bit of clean track and I came out, I think I was in fourth after it all settled out, so I got myselfinto position to try and get a podium.”

On Sunday Chaz started the day fast with a best time of 1m08.81s in Practice 4, putting him 6th fastest. He then went faster with a time of 1m08.62s during Qualifying 3, which scored him a spot on the front rowof the grid. Race 20 saw a heated exchange with Scott McLaughlin on lap one before the drivers settled into their spots. Chaz looked comfortable throughout the race and was able to bring the No. 55 Supercheap Auto Ford Mustang home in 3rd place netting him his 9th podium this year.

“Consistency this weekend’s been good, a couple thirds, and I think through practice I was third. So yeah, look, it’s good for our team, but a lot of work to do with these two guys beside us (Scott McLaughlin and Shane van Gisbergen) and Jamie (Whincup) across the weekend have been absolute stand outs…Today we lost a little bit of performance compared to yesterday but I definitely (think) if I had the car I had yesterday I still wouldn’t have had anything for these two.”

With a pair of podiums, Chaz retains his 4th place in the 2019 Virgin Australia Supercars Championship, tightening his gap to SVG from 29 points in Townsville it 20. The championship continues Aug 23- 25 at The Bend Motorsport Park for the OTR SuperSprint. 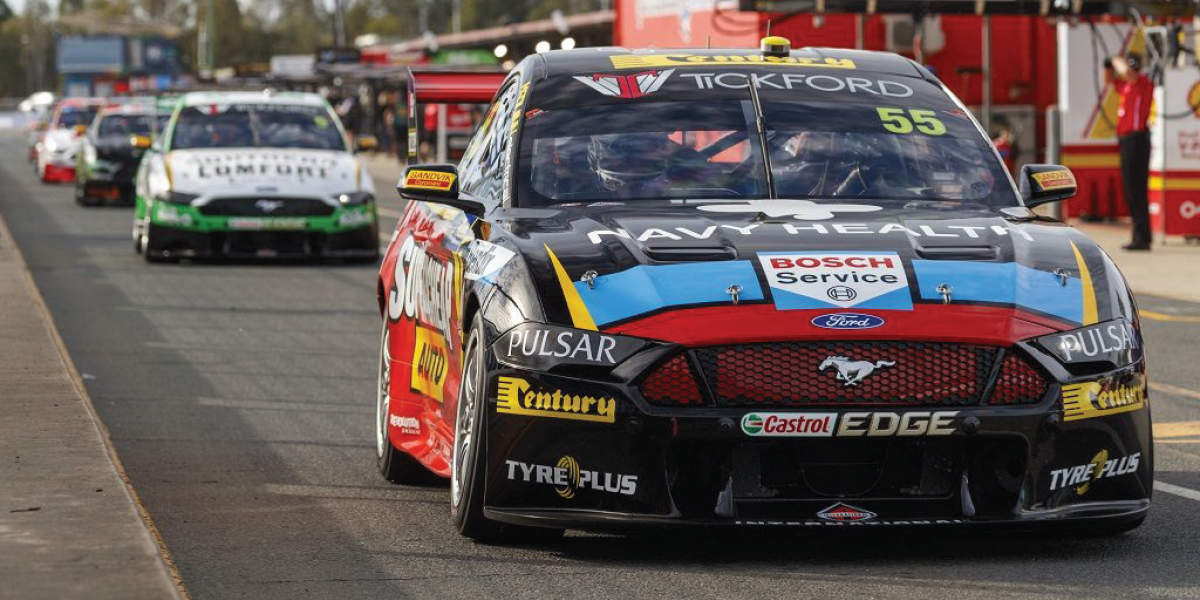