Darwin Triple Crown wrap up for Chaz and the Tickford Mustang

Coming into a very hot Darwin race weekend Chaz was keen to improve on his 6th place standing in the 2019 Virgin Australia Supercars Championship. This round was held at Hidden Valley in the Northern Territory and the track is known for its high speeds and fast lap times. It’s a 2.87 kilometre 14 corner technical circuit with sweeping bends and a long 1.1 kilometre main straight. So lots of opportunity for passing and also drama which the Darwin round never fails to deliver! 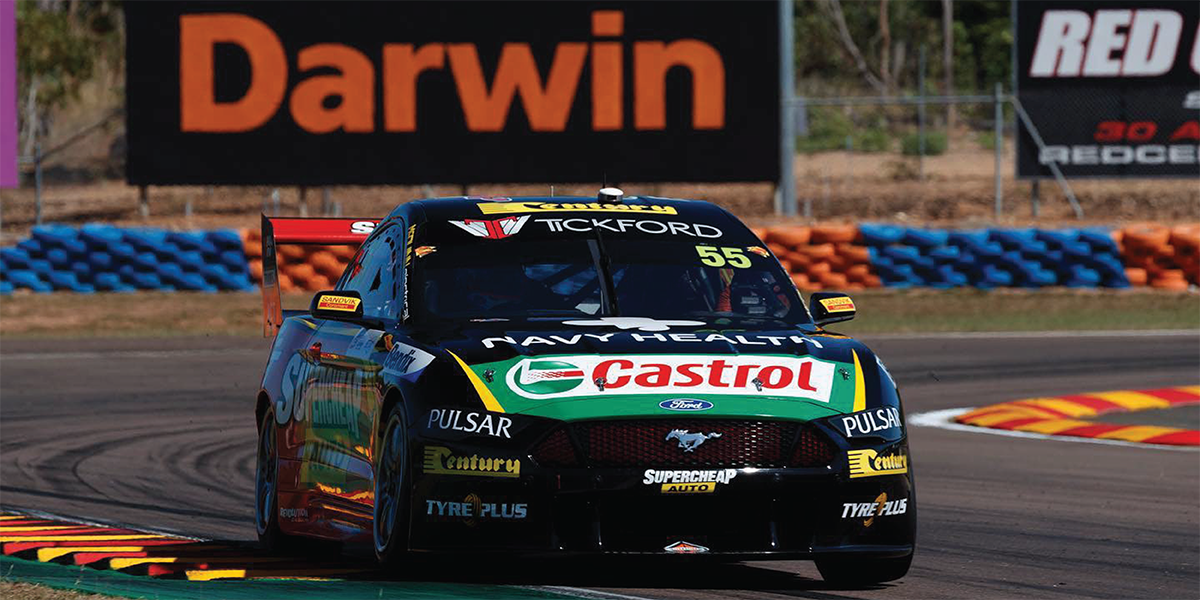 The Tickford team opened the weekend with a series of strong practice sessions with Chaz posting the fastest time in Practice 1 and then going P4 in Practice 2 with a 1m06.33s. The qualifying session went mostly to plan with the No. 55 posting a 1m06.32s and lining up 6th on the grid. Tickford went into race 15 with an aggressive pit strategy that gave Chaz Mostert the track position to notch his sixth podium of 2019 and a second-place finish in the first race of the Darwin Triple Crown.

Chaz gave us his thoughts on Race 15 “We were very lucky there at the end. It’s been – I was saying – probably two, three years since we’ve had the ability to do an aggressive strategy and come home probably a bit sadder on tyres than some others, but every day you get a trophy from doing it is a good strategy call, so credit to Adam (De Borre, engineer). He stuck to his guns, had a crack, and the trophy was a team effort today. The boys were really quick in the pit stops, no fumbling around, and I just tried to hold onto the tyres, but the temperature up here is really hard. The end of the race was pretty interesting for us, I was looking in the mirror, I saw Davey Reynolds – he’s a pretty hard charger – he was coming for me, and then there was, you know, more fresh tyres behind him, coming and coming. I was probably lucky that Scotty McLaughlin kind of buggered off down the road a little bit and gave me a bit of clean air to just focus on looking after the tyres, and P2 is all we had today.”

Race 16 qualifying started well with Chaz posting the 3rd fastest time, only to drop to 8th in the Top 10 shootout with a 1m06.22s. Chaz lamented prior to the race start “ We dropped a bit in the last sector and finished P8 in the shootout, but on the plus side I think we have a good race car and I’m ready to race.”

Moving into the race and starting 8th on the grid the No.55 managed to have a clean start and move up two positions after a late strategy call for new tyres which enabled him to jump his team mates Will Davidson and Lee Holdsworth.

Looking back on the race with Chaz “We just stuck to our strategy. The top four was probably the best result we could get, but just ran out of puff there at the end to get back to there. It is what it is, P6 is a good bank of points, just not where we want to be. We still have some work to do, obviously, and we’ll keep fighting.”

Team principal Tim Edwards gave us his thoughts on the weekend: “All told that’s a really good weekend for us. Our car speed was very good and for the most part we executed very well. The only difference right now is while our cars are very good a couple of cars – one car in particular – are doing great. We’re really happy with the results, and right now we’ve got four cars in the top ten of the championship, which is incredibly hard to do in any championship. We’ve got to recognise that, but at the same time we’re racers, and we want more than fourth place, so we have to keep working.”

Next up is the Watpac Townsville 400 in the Far North of Queensland on July 5th -7th. Which means a lot of miles for the team back home in Melbourne to prepare the car before the long drive to Townsville in 3 weeks’ time. Stay tuned to see how Chaz and the No.55 Supercheap Auto Racing Mustang supported by Bendix goes on the streets of Townsville! 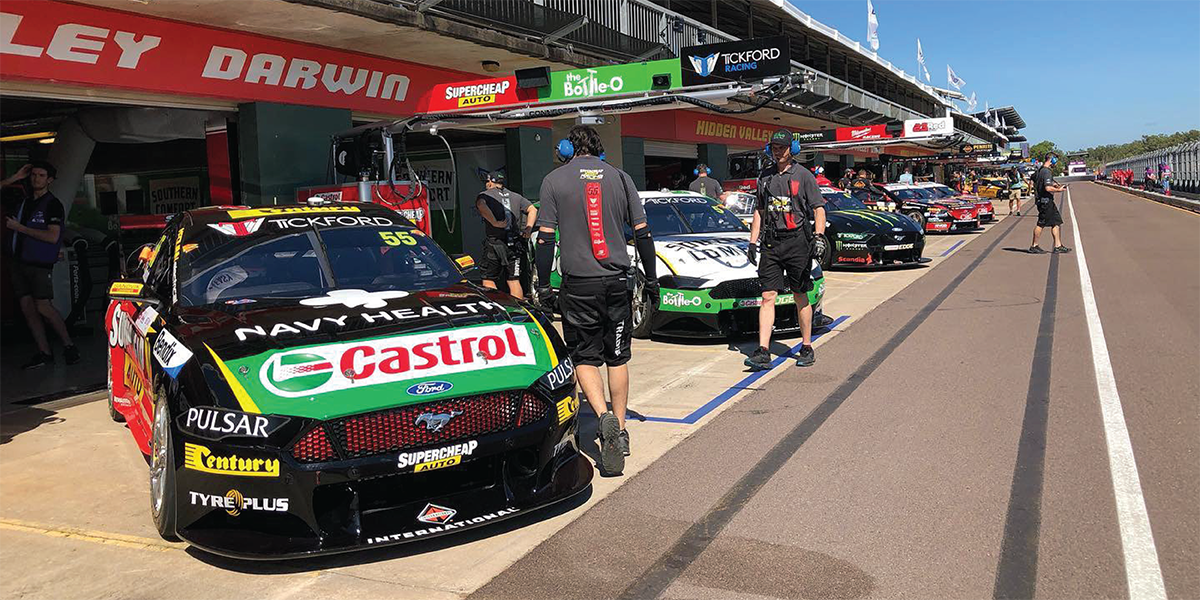